Ludhiana, the largest city of Punjab, is situated on the south bank of Sutlej River. For its world famous hosiery products, Ludhiana is most rightly called as the Manchester of India. Besides being an industrial hub, Ludhiana is also a home to the different tourist attractions that are of interest to a large number of people across the world.

Ludhiana tourism is fast gaining popularity and is an important halt in every tourist’s itinerary. The city is also known as the pilgrim center of the state of Punjab. So, you will find a lot of temples, Gurudwaras and sacred shrines in the city. Some of them are Gurudwara Nanaksar, Manji Sahib, Rara Sahib, Pir-I Dastir shrine, Bilwanwali Masjid, Krishna Mandir and Sheetala Mandir.

Besides the religious landmarks, there are also many other tourist spots in Ludhiana that you cannot miss at all. Some of them are Nehru Rose Garden, Hardy’s World, War Museum, Tiger Zoo, and Deer Park. The most interesting place to visit in Ludhiana is the Lodhi Fort located near the River Sutlej and was built 500 years ago by Sikandar Lodhi.

How to reach Ludhiana

Ludhiana has a well maintained infrastructure that connects it to all the major cities and countries. It has a tremendous network of railways, airways as well as roadways. Thus, travelling in and around the city will not be hassling at all.

By Air
Ludhiana airport, commonly known as the Sahnewal airport, provides the facility of different domestic flights. The airport is easily reachable as it is just at a distance of 5kms from the city. Many domestic flights such as Spice Jet, Indian Airlines, and Indigo Airlines operate from Sahnewal airport. The nearest international airport from Ludhiana is the Amritsar airport, which is 136 km from the city.

By Rail
Ludhiana has a well developed railway station. There are various trains running between Ludhiana and all major cities of India. Some of the important trains arriving and departing from Ludhiana are Jammu Tawi, Howrah Mail and Frontier Mail. 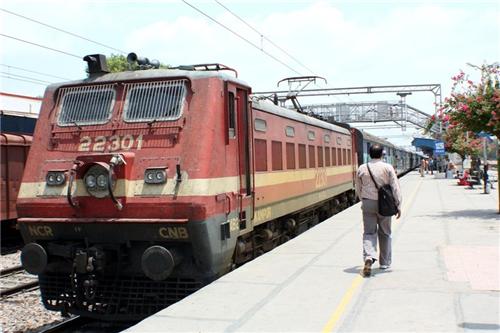 By Road
Being centrally located on the GT Road, Ludhiana is well connected to major cities of Punjab, such as Amritsar, Jalandhar and state capital Chandigarh. There are many government and private buses running from Ludhiana.

There are various modernized low floor buses, cycle rickshaws, auto-rickshaws and radio taxis running within the city that make your tour comfortable.

There is no specific time to plan a trip to Ludhiana. You can visit the city all through the year. But, if you are planning to go in the winters, make sure you take adequate woolens for you as winters are extremely chilling here and the temperature can drop down even to zero degree.

To make your trip easier and safer, you should always keep these numbers handy with you.