Lodhi Fort was built by Muslim ruler Sikander Lodhi approximately 500 years ago along the bank of River Sutlej. Credited to the administration and the local residents of Ludhiana, the Fort has, at present, gone to rack and ruin. 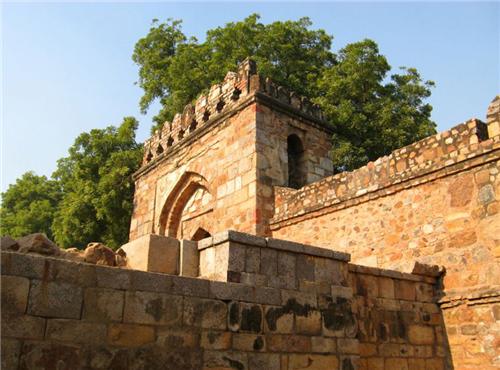 Basically a military fort, the place was once standing up as a strong bastion and had held out a number of intruders. In the last few centuries, the place has been deteriorated under the ambush of time. The procedure has been accelerated to a great deal due to the absence of any fortification offered by the people of Ludhiana. Although the Supreme Court of India has passed a judgment for bringing all historically significant things, that are more than 100 years old, under the category of ‘A Protected Monument’, the Archaeological Survey of India still denies giving this status to the Lodhi Fort.

As per the morsels of information collected from various sources, Lodi Fort was constructed by Sultan Sikander Lodhi in the 15th century. Spread in a wide area of 5.6 acres, the Fort was put up on the banks of River Sutlej, which used to flow near it initially but now has changed its course. It looks as if that the destiny of this fort changed along with the route of Sutlej as the land evacuated by the river was incarcerated by people to put up their place of abode. With the increasing pressure of growing population, the encroaching splurge also grew all together.

Later, Sultan Lodhi appointed two of his generals, Nihand Khan and Yusuf Khan, to live in the fort. It was very important to have their possession on the fort as it faced the chief entry route to his empire. The route was later developed as the GT Road, or the Grand Trunk Road, and the tactical value of the fort also grew up with it.

The fort helped the Lodhis, and later on to other Muslims, to make a strong position. Recognizing its importance, the most powerful Sikh ruler Maharaja Ranjit Singh, established a much stronger fortress on the other bank of River Sutlej. In the 19th century, taking advantage of the weak Muslim ruling in Delhi, Maharaja Ranjit Singh managed to take over the fort without much struggle. Nevertheless, with the collapse of his rule, the fort gently went under the control of the British.

Maharaja Ranjit Singh had connected his residential turret across the Sutlej River at Phillaur town with the Lodhi Fort. However, presently, only the entrance of the tunnel is visible and the route is blocked with waste material and debris.

The fort was well maintained during the British reign and even for some decades after Independence. Now, there is no sign or board in the fort that can tell the historical importance of the place. All these years, Lodhi Fort was known to be the ‘Government Institute of Textile and Dyeing Technology.’ However, there has not been any announcement as to what will be done with Lodhi Fort.

Hotels near Lodhi Fort in Ludhiana

Here are some hotels near Lodhi Fort of Ludhiana:


Explore more about Tourism in Ludhiana