In accordance with the present usage in India, the word ‘jail’ refers to a general term which is relevant to punitive institutions that house both the prisoners in anticipation of trial as well as the prisoners committed to prison term. Therefore, the jails perform the function of both prisons and remand homes.
Whatever may be the definition of a jail, in actual sense, it is a place where the execution of a life sentence takes place. Ludhiana district, which is the largest district of the state of Punjab, has several jails to accommodate prisoners of various categories.

These are those where, by and large, the lifetime convicts and those serving imprisonment of more than three years are confined. These jails keep up a correspondence to the maximum security jails in the foreign countries. Apart from Ludhiana, there are six other central jails in Punjab state – Bathinda, Jalandhar, Patiala, Amritsar, Gurdaspur and Ferozepur. 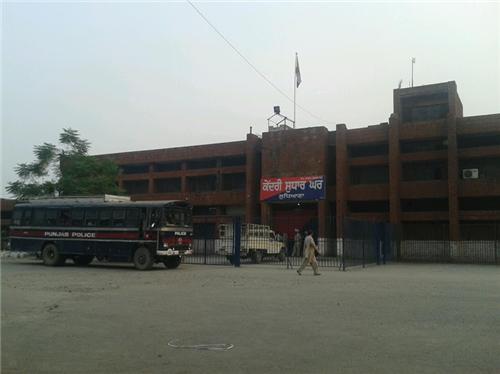 These are the jails that confine the female prisoners going through imprisonment. Ludhiana city has the one and only women jail in the entire state of Punjab.

Borstal and Juvenile Jail in Ludhiana

The Bostal and Juvenile Jails operate chiefly under the stipulations of the Borstal Act. In these jails, the adolescent prisoners, between 16 to 21years of age, are confined and are imparted education and work training subjected to that field. This training may contribute to their reformation later in their lives. Ludhiana has the only Borstal and Juvenile Jail in the state of Punjab.

Works assigned to the prisoners

The prisoners are supposed to do various categories of works in the jail during the time of their imprisonment. Some of these categories are agriculture, kitchen and many other jobs depending upon their social status, qualification and education. The prisoners are also provided with a fixed per day wage for the work they do. These wage rates are fixed by the Government of Punjab.

Computerization of Jails in Ludhiana

On the plan of the Tihar Jail, the National Informatics Center has taken a step forward in the computerization of the Ludhiana Central Jail. This was taken as a pilot project by the NIC. Under the computerized system, NIC has put into operation two types of software, i.e. Visitor Management System (VMS) and the Prison Management System (PMS). Both these systems are successfully functioning at the Central Jail of Ludhiana. After the execution of these software, all the police, intelligence agencies and the prisons all over the country can easily access any information about the prisoners in the Ludhiana Central Jail.

Explore more about Administration in Ludhiana