Ludhiana city is one of the most centrally situated cities in the state of Punjab. It lies in Malwa region in Punjab. Ludhiana is centrally located on the National Highway, also called Grand Trunk Road, which goes from Delhi to Amritsar. The city has been sited with Patiala district due to administrative purposes. It is separated from Jalandhar district by River Sutlej on the north. It also shares its northern boundary with District Hoshiarpur.

On rest of the sides, the city shares its boundaries with U.T. Chandigarh and Rupnagar District on the east, District Moga in the west, District Patiala and District Sangrur in the south east and south respectively. District Ludhiana is just about rectangular when it comes to shape and has a length and breadth of 96 kms and 39 kms respectively. Geographically speaking, Ludhiana lies between 30o-34’ and 31o-01’ north latitude and between 75o-18’ and 76o-20’ east latitude. 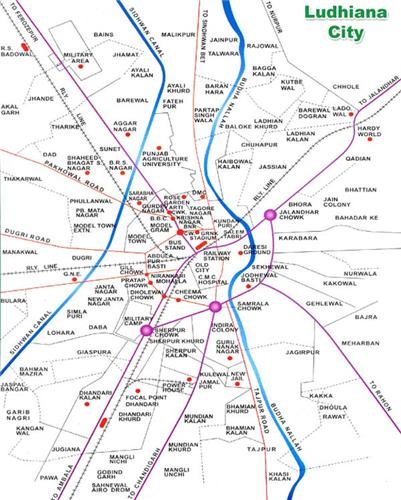 The topography of the city of Ludhiana typically represents the alluvial plain, the origin of which is accredited to the exasperation work of River Sutlej. The wind worked over the alluvium deposits by the river which, in turn, gave rise to numerous sand dunes and mounds. The south-western summer monsoons have played a significant role in shaping the direction of these sand dunes which usually run in north-east and south-west directions. However, most of these sand dunes have been leveled by the hard working agriculturists of Ludhiana. The city can be aptly divided into up land plain and Flood Plain of River Sutlej.
The elevation of Ludhiana district ranges from 216 meters in west to about 268 meters in east. Some prominent heights in Ludhiana District are Samrala (265 meters), Machhiwara (264 meters) and Jagraon (233 meters). 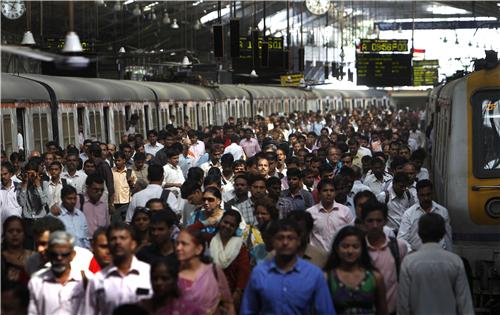 Ludhiana experiences extreme climates, both in summer and winter season. The climate is basically exemplified by dryness except for a concise monsoon season during the very hot summer and very chilly winter season. The hottest months are May, June and the mid of July. Blistering hot dusty winds blow during these months. The months of July till the start of September marks the monsoon season. Mid-September to mid-November can be marked as the transitional or the post monsoon period.  Mid-November to early March marks the winter season. The coldest months are December and January. The weather is quite pleasant and enjoyable from February to mid-April.

The total rainfall in Ludhiana all through the year is 600 to 700 cm. Most of the rainfall can be seen in the months of July to September.