With a population of more than 45 lacs, Ludhiana is one of the most rapidly advancing districts of Punjab. The city is located near the south bank of river Sutlej. Ludhiana is centrally located on NH1 from New Delhi to Amritsar and is just 100 kms west from the state capital, Chandigarh. The city has been a significant center during the freedom struggle as well as the Sikh wars. Ludhiana city is also associated with great freedom fighters like Sardar Kartar Singh, Lala Lajpat Rai, Maulana Habib-ur-Rehman and Baba Santa Singh. 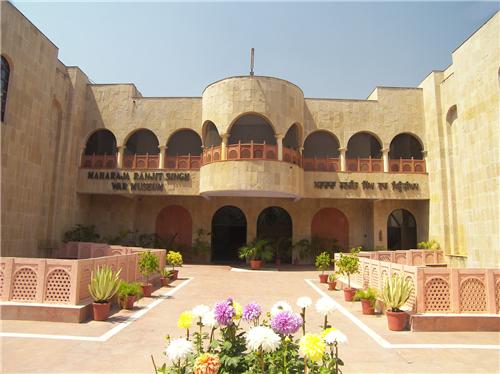 Ludhiana city is believed to be founded way back in the year 1480 by the Lodhi dynasty. Two of Lodhi Chiefs Nihang Khan and Yusuf Khan, had come to the region on the orders of Sikandar Lodhi with a purpose to reinstate order in the area. They stayed in a village called Mir Hota which was situated at the present site of Ludhiana. While Yusuf Khan had gone across Sutlej River, Nihang Khan stayed back and founded the city at the spot of the village. The new town, thus, came to be known as ‘Lodhiana’, meaning ‘the town of Lodhis’. Subsequently, the name was amended to Ludhiana.

Geography and Climate of Ludhiana

The city of Ludhiana is the most centrally situated district and lies in the Malwa region of Punjab. It is located between 30o-34’ & 31o-01’ North and 75o-18’ & 76o-20’ east latitude. It is separated from Jalandhar city by the Sutlej River on its north. Ludhiana shares common boundaries with Rupnagar, Moga, Sangrur and Patiala districts.
The city experiences mostly dry climate except for a succinct spell of monsoon in extreme summer (April to June) and winter seasons (November to March). July, August and mid of September is generally the monsoon season. December and January are the coldest while June is the hottest month.

Ludhiana is not much of a tourist place but it has some significant places that must be on your itinerary if you are on a visit to the city. Ludhiana is the pilgrim center of Punjab and you can find a number of temples and gurudwaras. The most interesting attraction of the city is the ‘Lodhi Fort’ built by Sikandar Lodhi near the Sutlej River around 500 years ago.

Festivals in Ludhiana are the epitome of Punjab’s zeal and fervor. Bhangra dance is a common sight on almost every occasion. Festivals that are mainly celebrated in Ludhiana include Baisakhi and Chhapar festival. Baisakhi festival holds a special significance for the Sikh community as in 1689, on this day, they were organized into ‘khalsa’ by Guru Gobind Singh. Apart from this, many other festivals are celebrated with the same spirit and enthusiasm. Also, a number of rural sport melas and fairs are organized in Ludhiana.

People in Ludhiana are mostly fond of leading a lavish life by wining and dining. General surveys have revealed that people here do not hesitate to spend money with the purpose of maintain their high class lifestyle. People in Ludhiana are also said to be very much fashion conscious- be it the latest dressing trend or hairstyle.

Ludhiana has one of the most fashion-forward markets in Punjab. Main markets are Ferozpur road, Chaura Bazaar and Ghumar Mandi. Besides these, there are around 20 malls in the city. Some of them are MBD, Westend, Ansal Plaza, Pavilion and Silver Arc that have incorporated various international luxury and premium brands. 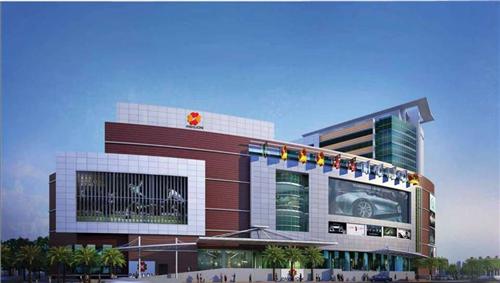 People in Ludhiana are passionate about their food. Tandoori cooking of the city is counted amongst the best cuisines of the world. Whether you are a vegetarian or non-vegetarian, the city is no less than a heaven for the food lovers.
Some conventional dishes of Ludhiana include Sarson Ka Saag with Makki Ki Roti, Maah Ki Daal, Rogan Josh, Butter Chicken and stuffed Paranthas with a glass of buttermilk.

Air: Ludhiana is well connected by air with New Delhi and other major states of India.
Rail: The railway station of Ludhiana falls under Northern railways and is well connected to many important pockets of India.
Road: Ludhiana is well linked with all cities of Punjab by bus service provide by Punjab roadways and many other private operators. Inside the city, there are up to date low floor buses, auto rickshaws, rickshaws and radio cabs for the comfort of people.